Origin The Name Arcadia Exists? How We Think How We Act 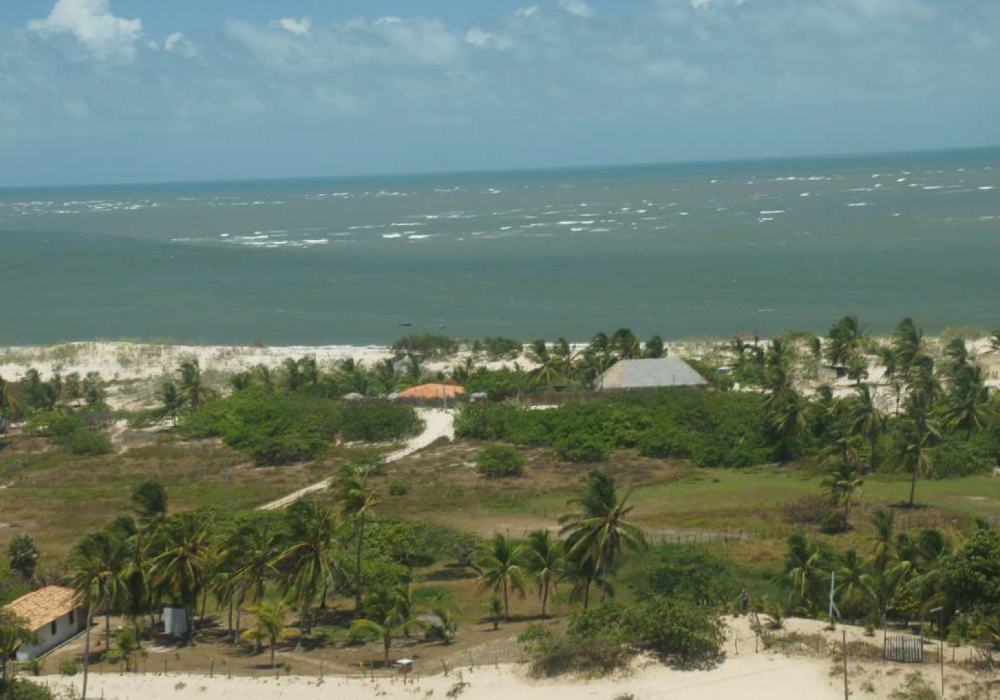 How did Convento Arcádia come to pass?

A German native, Olaf had already studied, worked and lived in a couple of countries when he first came to travel to Brazil. On his second trip to the country, at the turn of the year 2006/2007, he took his first kite lesson in Jericoacoara and continued backpacking downwind with a number of friends, until they arrived in Atins. It took them two days and about R$35 each for the 600km. At the time, Atins had four pousadas to choose from; yet, traveling on a shoestring the crew decided to camp on the beach. A rapid love affair with the village evolved, a plot of land was bought in 2008 and in 2015 Olaf took the big step, to leave his then native London (UK) and a well-paid job behind to move to Brazil, learn Portuguese and to figure out what to do with this stake in paradise. Soon after, in 2016/2017, Convento Arcádia was born as a holiday house and from there, step by step, grew into what it is today. 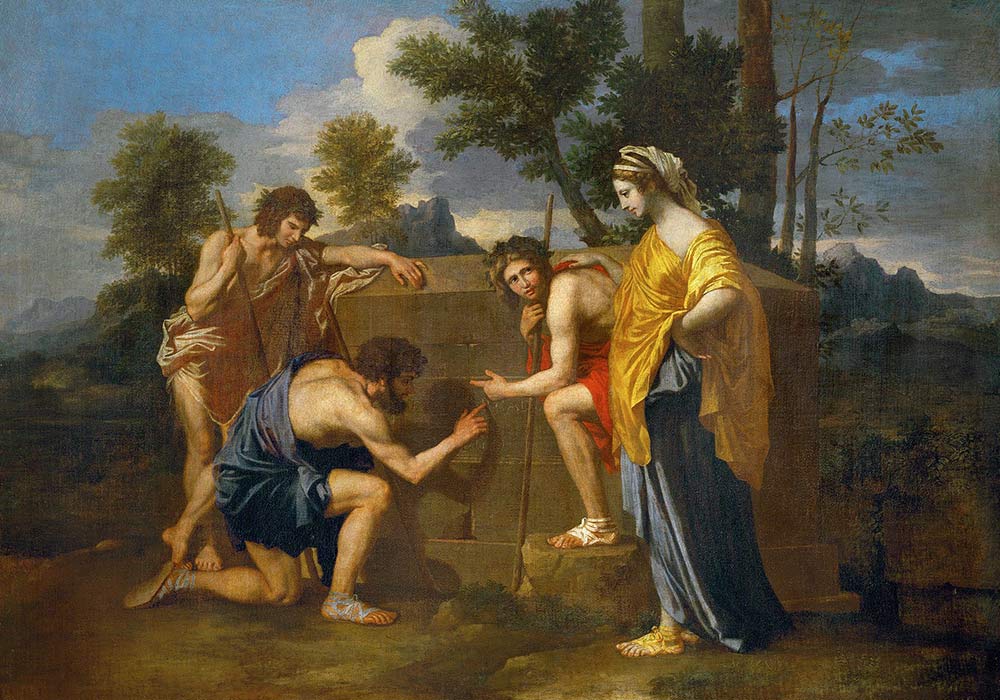 What’s with the name, Convento Arcádia, you may ask?

When pondering the first ideas on how to convert the existing native’s house the principal design elements that came to mind were the cloister and the arches. Once the work was completed, the original house had assumed the appearance of a monastery or convent. Olaf embraced the concept of creating a place to retreat to, a sanctuary for contemplation and reflection, an oasis of Zen, hence the concept of Convento came to surpass.

Arcadia, on the other hand, first derived from the Ancient Greeks, as a myth, or a concept if you will, symbolising Garden Eden - paradise. Over the centuries the idea inspired countless writers, poets and painters, the names of some you will encounter on the door of your chalet or room at Convento Arcádia. During the Renaissance period, Arcadia re-emerged as a fashionable theme, when Jacopo Sannazaro, an Italian poet and humanist wrote his pastoral poem titled ‘Arcadia’. The poem was largely influenced by the otherworldliness of the place. In the Baroque era, Italian painter Giovanni Francesco Barbieri (Guercino) and Nicolas Poussin, from France, dedicated their paintings to the pastoral theme of Arcadia. Poussin painted two versions of ‘Et in Arcadia ego’ which depicted mythical shepherds set in archetypical idyllic, pastoral scenes. The latin phrase “Et in Arcadia ego” translates to ‘In Arcadia, there I am’, where the ‘I’ refers to death, signifying that everything is perishable, even paradise. 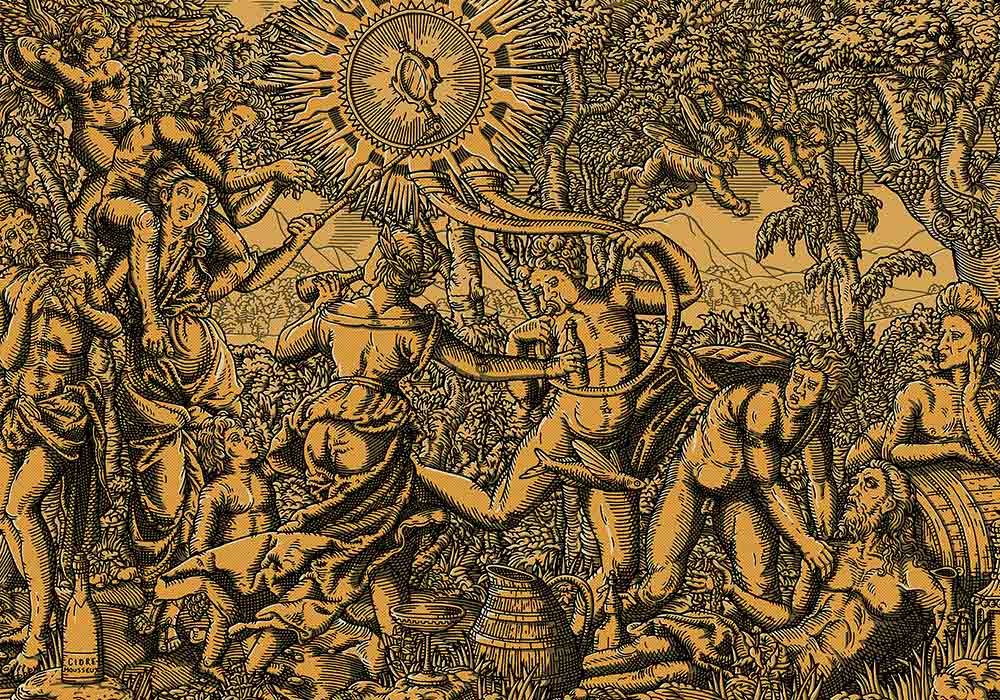 Does Arcadia exist or is it just a myth?

Arcadia is an amazing mountainous area, on the Peloponnese, in Southern Greece. It’s typified by lush forests, green pastures and fast-flowing rivers; a textbook definition of ‘the Garden of Eden’, and peppered with typical Greek small villages. The region's two highest mountains are Mount Lykaion and Mount Mainalo with forests abundant in chestnut and oak split between the gushing rivers of the Alpheios, and the Lousios.

These rivers were once said to have cleansed the infant Zeus, father to the ancient Greek gods. The legendary caves of Kapsia which are over three million years old and are tucked away in Arcadia were said to be the home of Pan, God of the wild, shepherds and flocks, companion of nymphs, nature of mountain wilds, hunting and rustic music.

Arcadia, then, has always been depicted as a kind of Utopia, a Shangri-La, however not created by man; rather by nature itself, preserving its unspoiled wilderness. In Greek mythology it is described as the original site of ‘The Golden Age’, where peace, harmony, prosperity and stability flourished. In Arcadia, locals were humble and lived simply in harmony with nature.

This peaceful serene magical world inhabited by mythical nymphs and a pipe playing Pan surrounded by lush forests served as a significant inspiration to the world’s most beautiful poems and alluring paintings, and of course, to our little hotel as a veritable Paradise on Earth.

How do we think?

As a sanctuary for contemplation in paradise, what is our north, what are our principles and values you may wonder? To do our name justice in the quest to live in harmony with nature and bring about an age of peace, harmony, stability and prosperity we defined our vision and mission as follows: 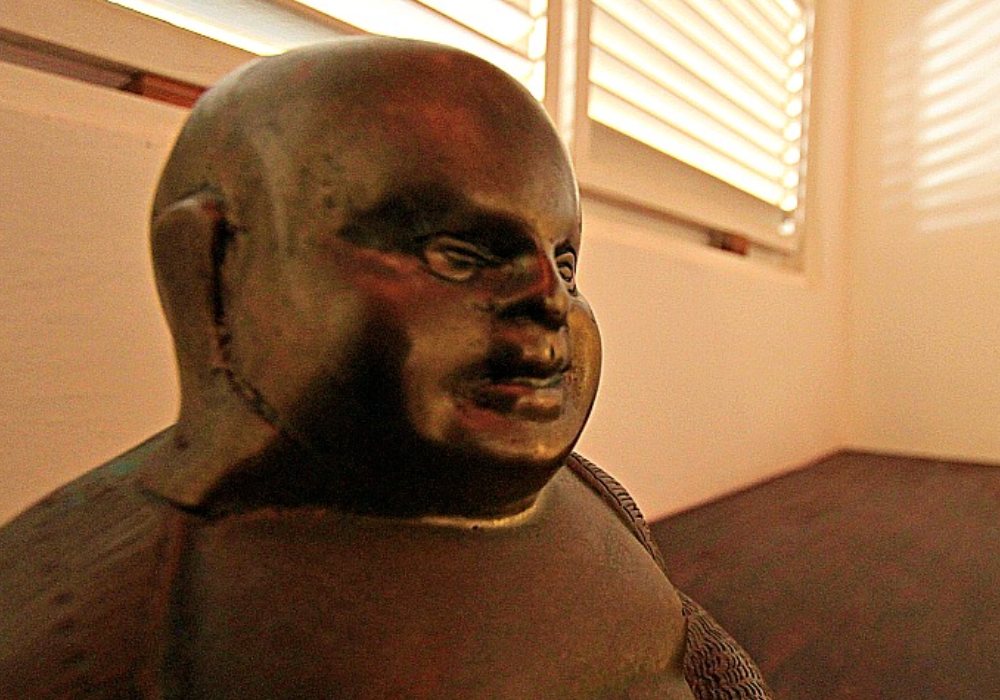 How Do We Act?

While our vision and mission statement show you how we think, this is how we put them into action. Our values are the pillars that sets up apart and gives you a special home while you’re in Brazil.

Say Olá to our Team

Talk to Us
We speak English, Portuguese, French & German
How to Contact Us
Fill the form in our Contact Us page, or send us an e-mail.
What We Love the Most
Atins is a treasure trove for travellers, offering a heady mix of adventure and relaxation. 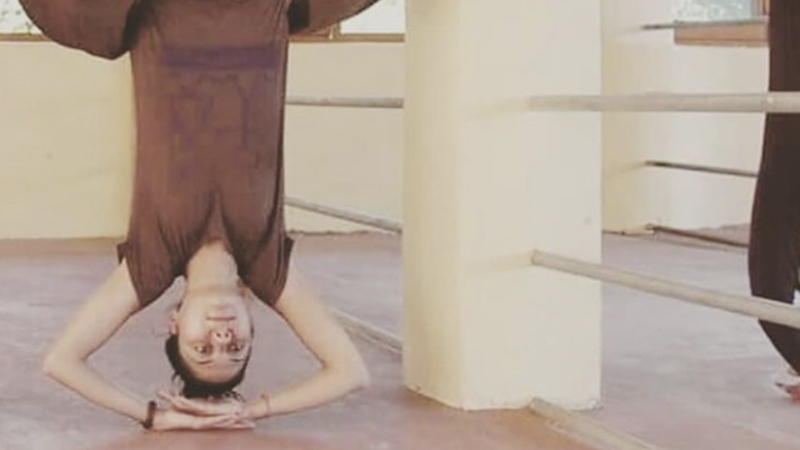 Shaga
Certified Yoga Instructor and Head-Chef
Born and raised in Teheran, Iran, Shaga found her way to Yoga after various health issues and at first followed the Sivananda practice. After five years, Shaga got to learn about Iyengar Yoga, when she decided to travel to India and take courses with the Master B. K. S. Iyenger himself as well as his daughter Geeta at the Ramamani Iyengar Memorial Yoga Institute (RIMYI) in Pune. In 2012 Shaga graduated as a certified Yoga teacher (YCT 400) from the Himalayan Iyenger Yoga Center in Dharamshala. She continued to stay on to assist Master Sharat Arora and work in the Ashram for three more years before endeavouring to travel to Latin America. Nowadays, Shaga lives with her husband Sina, and their son Namdar at the Convento. She also works as Head-Chef in our restaurant Porto Oriente, where she creates wonderful organic and healthy Persian and Indian-inspired culinary delights.

Adriana
Operations Manager
Adriana, or also known as “Drica”, is a native of Atins. She joined Convento in 2017 and takes care of most of the Operative making sure guests feel right at home. Adriana is married and a proud mom to Pamela and a second daughter on her way. She always has a smile on her face and recently started to learn English. You can probe her on insider tips for Atins, native style! 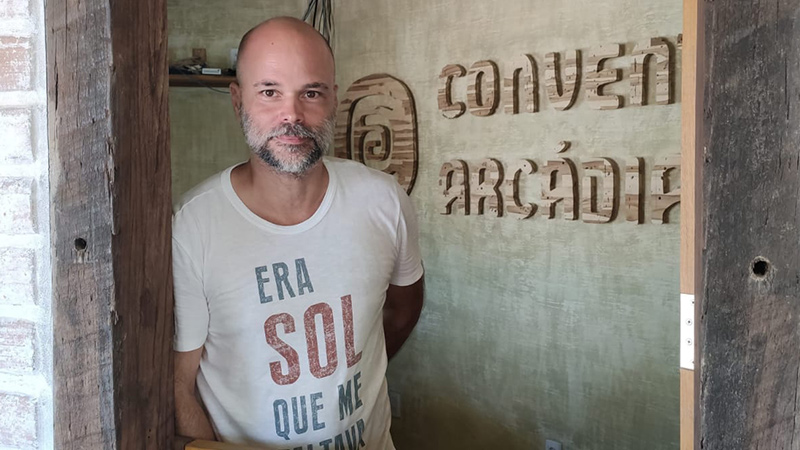 Olaf
Owner
Olaf first discovered Atins in 2006/2007 and fulfilled himself a life-long dream in building this little holiday refuge to welcome friends from all over the world. When he is not in Atins he can be found in São Paulo, Rio de Janeiro and London. Besides Running and Yoga he enjoys Paragliding, and dabbles a little in Kiting. Olaf speaks German, English and Portuguese. 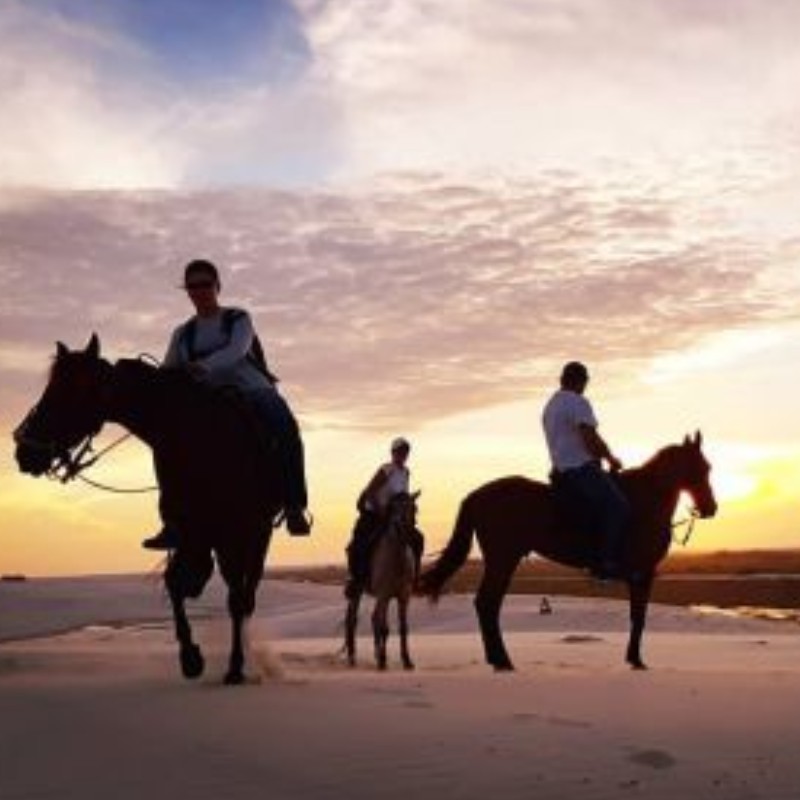 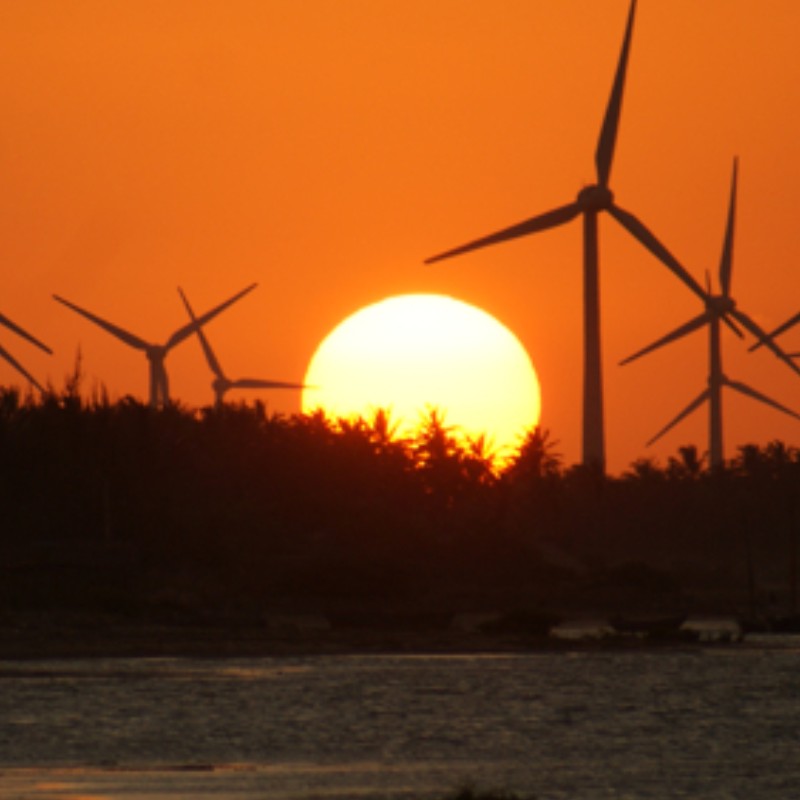 Things to do in Atins
There are many things you can do in Atins and we’re always around to help you. Additionally, if you need a well-planned itinerary to ensure everything flows smoothly, Aloha Atins will guide you.

Manage Cookie Consent
To provide the best experiences, we use technologies like cookies to store and/or access device information. Consenting to these technologies will allow us to process data such as browsing behavior or unique IDs on this site. Not consenting or withdrawing consent, may adversely affect certain features and functions.
Manage options Manage services Manage vendors Read more about these purposes
View preferences
{title} {title} {title}